Movie Review: "BEFORE I SELF-DESTRUCT" Is Destructive to Itself 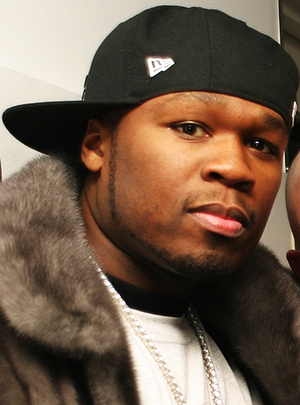 In case you didn't get the memo, American Hip-Hop is dead (notice how I say AMERICAN Hip-Hop)... well, so is Hollywood.

What would possess a Rapper like Curtis '50 Cent' Jackson to think he can write, direct, produce and act in a movie is beyond me. I mean, there are a few successful crossovers, namely Ice Cube and Mos Def but that's cuz some are natural born Directors at heart, they just use the hip-hop game to get to their dream.

So yea... I guess I'm supposed to be reviewing Fiddy's directorial debut, named after his latest album, "Before I Self-Destruct". Well, not to rain on G-Unit fans out thurr but there ain't much to review, so here goes nothing...

Oh yea, he's really good at playing a Gangsta! I mean, he's so convincing, you'd think he was a gangsta his whole life before turning into a rapper. LMAO - that's called sarcasm in case you missed it.

Film's Synopsis: Clarence, played by Curtis a.k.a. 50 Cent, is an ambitious b-ball player, but due to an injury, is forced to retire from the court. After a certain incident (don't wanna give too much away in case someone out thurr actually wants to see it), he's forced to take care of his young genius brother. One thing leads to another, he turns to the hitman life to make a decent living in an indecent way. That pretty much sums it up, the WTF-Moment is the ending... I think 50 Cent could've made this movie a whole lot better if he actually gave it a point!