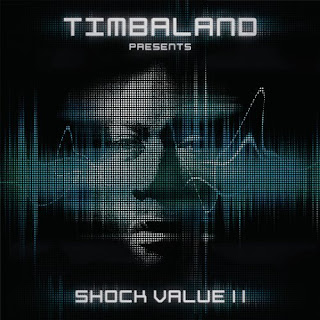 I guess I grew up in a different era of music, cuz I ain't easily impressed anymore by what I hear. All of the music industry's heavy-hitters have become so repetitive and redundant, their albums sound like recycled tracks from other artists of the past or even the present. What happened to those rare commodities of talent called Creativity & Originality? Hmmmmm, I pray they ain't going extinct cuz that would be a very sad day for fully-functioning ears everywhere. Aight, with that being said, I guess you can pretty much imagine how this album review is going to be like....


I never been the biggest Timbaland fan out there, but I still respected his producing genius... well, that's till his latest album "Shock Value 2".... which doesn't shock at all and kinda disappoints, but I'm a tough critic especially of music industry's veterans like Timbo. Shock Value 1 lived up to its name and hype because it was the album that reinvented Timbaland as a producer, he ventured out of the Hip-Hop box, and became more experimental with his sound, but still staying true to his core R&B fans. On Shock Value 2, it feels like a rushed production, not dissing it cuz it's still somewhat moderately relatively good, but it doesn't have that careful attention to detail like the 1st Shock Value did.

The album has an assortment of artists, from Chad Kroeger, to

Miley Cyrus to Katy Perry to Drake. It also features some familiar voices like Justin Timberlake, Nelly Furtado, Keri Hilson, Sebastian and D.O.E.. There's also a bunch of break-out talents on there too like SoShy and Bran'Nu to name a few.

All in all, this album ain't for the fans of Timbo from way back in the days, this is more Pop and more Commercial. Pre-teens, Teens and Party People of all ages are gonna enjoy this. I for one am disappointed, but that's me... I'm one tough critic.

My Fav 3 tracks off the album:
1) Carry Out feat. Justin Timberlake
2) Morning After Dark feat. Nelly Furtado and SoShy
3) Say Something feat. Drake

Overall, Shock Value 2 gets:
$$$$$ ~ Aight, Nothing Spectacular. Could've Been a LOT better.