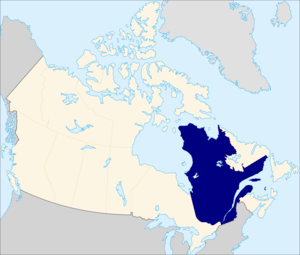 Quebec will have the highest sales tax, which will jump to 9.5 per cent in 2012 following a previously announced jump of one percentage point set for January 2011. That doesn't include the federal GST of five per cent.

My prediction is the following: There will be a huge population exodus out of Quebec within the next few years.... Watch and see.