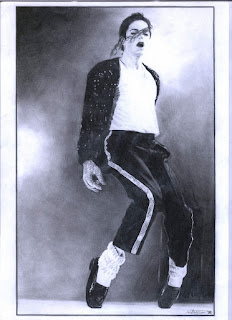 Just released today.... it's 12mins long, but I'm not sure what was his intentions with this song, or where we was planning to take it.
Either way, it's going to be featured on the upcoming posthumous album entitled "Michael". Apparently, according to MJ's kids, some of the songs are not authentic, meaning not Michael's own voice, which obviously Sony disagrees with (of course they would, they're not in it to continue the King's legacy, but to make money off his ass ---they're a business after all).
It's amazing, this man's entire life was marred by drama, and even after his passing, it continues.
In any event, here is "OPUS NONE"....... Enjoy.
Michael Jackson "Opis None" by GlobalGrind