AN ASSESSMENT OF THE WIKILEAKS DATA: WHERE'D THIS SHIT COME FROM ANYWAYS? [SpecialFeature] 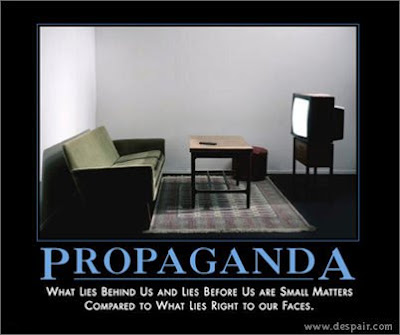 I found this very interesting article and I had to re-post it right away. It is very insightful and worth your time reading.
AN ASSESSMENT OF THE WIKILEAKS DATA ~ WHERE'D THIS SHIT COME FROM ANYWAY?
by Jeff Prager

Wikileaks, following much media fanfare (reason for suspicion right there) has just released a huge number of documents supposedly leaked to WikiLeaks and no other websites'. The media is denouncing this as a threat to the United States while US politicians wring their hands and wonder when they will be free of the curse of the First Amendment and all that troublesome nonsense about Freedom of Speech. Many observers think this is a propaganda set up and that neither Julian Assange or WikiLaeks should be taken at face value. After all, Julian Assange keeps insisting there was no 9-11 conspiracy and the 9-11 truth movement a "distraction." Apparently Julian Assange has patented conspiracy and nobody else may expose one except himself!

Of course, there is really not that much that is new in this latest dump. Like prior WikiLeaks dumps, most of it is old news mixed with some rather dubious claims. In his last such dump, Julian Assange included a claim that Osama bin Laden is still alive and controlling Al Qaeda. Of course, it is well documented outside the United States that Osama bin Laden has been dead for many years and that Al Qaeda itself is a fake front group created to hoax Americans into endless wars of conquest, much as the fictional Emmanuel Goldstein was used in George Orwell's "1984."

In yet another infamous propaganda attempt, WikiLeaks tried to claim that weapons of mass destruction had been found in Iraq, justifying the invasion. No such weapons were ever found.

As for the present batch of documents, again it is a rehash of stories already known to the blog-o-sphere. Even those people who did not know US diplomats spy on their United Nations counterparts did not find it surprising or in any way a new idea.

So what is the real purpose of Assange's little charade? Propaganda.

Propaganda is like rat poison. 95% of it is tasty, healthy food. But the purpose is to get you to swallow the poison. The same is true of the WikiLeaks document dump. The bait are all these old stories which we already knew about, used to convince us that the entire pile is "tasty, healthy food," except that it isn't. Buried in the pile of delicious, albeit past the expiration date morsels are the bits of poison which the US Government knows you will no longer accept at face value from the controlled media, but hope you will eat if handed to you by a con artist posing as hostile to the government.

So, given that 95% of the current WikiLeaks is really old news, as a public service I will point out the bits of poison that Julian hopes you will eat.

1. Iran is bad so you should all want to kill them.

2. Saudi Arabia is bad because they are funding Al Qaeda so you should all want to kill them.

3. North Korea is bad because they gave really long range missiles to Iran for Iran to put their nuclear warheads in, so you should all want to kill them.

4. China is messing with your computers, so you should all want to kill them.

That about sums it up. Oh yes, there is nothing negative about Israel in all these diplomatic messages, an impossibility given the lethal Israeli attack on the Aid Flotilla last May. That suggests who Assange really works for.

If WikiLeaks were really bad, why doesn't DHS, which did not hesitate to takeover dozens of domains this last week for copyright infringement, not take over WikiLeaks domain for "National Security?" Clearly, the US Government wants you to read the "leaks!"

Wikileaks IS the Pentagon and the CIA.

This crap is the largest propaganda dump the Pentagon and CIA have ever taken and believe me, I'm going to need a really BIG diaper to throw it all away when I'm done.