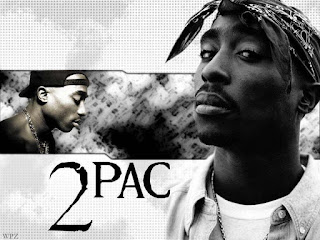 Today, June 16th, marks what would've been Tupac's 40th Birthday. His contributions to society, not only music, often go ignored -or under appreciated-, he is indeed a very misunderstood human being. With a great soul that wanted to change the world for the better, he fought to give the ghettos of America a voice. He used lyrics & poetry to paint the dark and harsh reality that many African Americans were facing, dealing with, and going through. He gained notoriety for the wrong reasons, due to his countless run-uns with the law and court appearances. The media circuit didn't help, often misrepresenting 2Pac as a misogynist, a thug, a criminal, or a gang leader.

'Pac was greater than any of the negativity they tried to taint his image with. He was a man with plans, a man with ambitions, intellectual, spiritual, in touch with his emotions, connected to his community, surrounded by bad influences and trying to make the best out of the 'shit' that he was living around. Songs like "Dear Mama", "Brenda Got a Baby", "Me Against The World", and countless other classics, they all speak volumes of Shakur's depth, in terms of his outlook on the world as well as his understanding of the suffering he felt around him.

To describe Tupac as "multi-talented" is good, but not good enough. He was blessed with many gifts and one of them was spiritual insight. In many of his songs, he praises God, talks to God, asks God questions, and pleads to God. Due to the circumstances he was living in, and people that he kept company with, those overshadowed his bright soul, and could've even led to his demise. Gotta be careful of the company you keep. 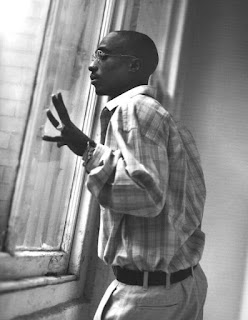 Not the one to bite his tongue, whether it was in his music or in television/radio interviews, Shakur (meaning "Thankful" in arabic), spoke his mind regarding various topics. Ranging from the social inequalities, to 'schooling' men how to treat women better, to life, to love, to politics, to injustices, and everything in between. He was a philosopher wise beyond his years, a Political Activists who was a danger to the establishment due to the incredible amount of influence & reach he had with 'the people', especially the youth. Hence, why Tupac had to be 'eliminated', removed from the scene, a common and reoccurring theme in many great artist's tragic life endings (notably, Jimi Hendrix, Bob Marley, Michael Jackson).

Born to shine and to open people's minds, he did more, he moved people, he moved the masses and started getting 'ghettos' better organized. Some knew Tupac Shakur the Actor, who brilliantly played his character's roles, but very few knew Tupac the Poet, Tupac the Revolutionary, Tupac the Protector of women (Baby, Don't Cry, gotta keep your head up - those lyrics are testimony of that fact). Though some of his music might be seen as degrading towards women, it was him playing the role of Tupac The Rapper, nothing more but trying to fit in in the industry and the 'game' of Hip-Hop.

Tupac had many sides to him, but one of them was his loving side towards his mother, Afeni Shakur. He often spoke wonderful things about his mom, and even though he went through a rough childhood, he still praises his mom, for all she's done for him and all the values & virtues she's instilled in him. Could perhaps explain why all the ladies loved him, and all the fellas wanted to be just like him.

On this day, which should be celebrated like MLK Day, we must remember that Tupac was larger than life, he was an inspiration to many kids growing up in the broken down projects of America. Often emulated, never duplicated, since his passing, Hip-Hop has seen many rappers come and go, but none that could fill his shoes. Big as they were, one thing's for sure, he can never ever be replaced.

Today, I pay my respect to a brother I never met, who inspired me to use lyrics to inspire others. I don't idolize human beings, for it goes against my spiritual beliefs, but I do pay homage to great men and women who've made great contributions to the awakening and empowering of humanity. Even though I did not grow up in the 'ghettos' of America, through Pac's music, I understood their struggles, and related to it, and I appreciated the positive messages he was sending out in his music, which are becoming more and more rare nowadays. I thank Tupac for turning me into Hip-Hop & Rap, they've provided me with an outlet to also speak my mind and reach out to my brothers & sisters with uplifting messages. I'll never achieve the same level of Fame that Mr. Shakur did, nor do I wish it either, but it's good to learn from his life's experiences, apply them in order to keep his legacy alive.

For all the times I was down, locked up in my room, was dealing with my own issues, heartbreaks, so-called friends backstabbing or just growing up with family problems, I knew I can turn to God for reassurance & comfort, and I can turn on 2Pac's music as remedy to my stress.

Rest In Power, Tupac Shakur. Many of your friends, family, supporters and loyal fans miss you and remember you. MAXIMUM BLSESINGZ.