FROM THE SOUL [Random Thoughts]

I'm just a guy who believe it is possible to make a difference in the world and I genuinely pray my life will be a testimony to prove that. No, I don't live a 'normal' life. No, I'm not married with kids yet (maybe, one day but not now, got too much to do!). And No, I don't want to fit in or follow the crowd (I create my own image of "COOL"). This one Life, such a Precious Gift from God, it flies by so fast and is too short to waste it not living it to the FULLEST.

So haters can hate (I send them Love), but honestly, I don't want to be the status quo, chained to debt, enslaved to a regular job that makes a rich man richer while I pay taxes to a corrupt government that doesn't even serve the people. No way jose! God didn't put me here and bless my Soul with all this Love and Wisdom to settle for a less-than-extraordinary life. It's been years that I've been 'struggling', but soon, I feel it, I KNOW IT, I envision it, soon all the blood, sweat, tears, sleepless nights, efforts, pain and heartaches will pay off. I intend to shake up people's spirits and WAKE UP THE WORLD, and I'll die trying if I have to. This is written deep from within the heart, so if you feel it within you, it's because you're awakened too.

I LOVE TO WRITE, I love to Be Creative and allow myself to become a Vessel of Love, it is my duty and my purpose. Wooooord UP!!! and MUCH LOVE <3 font="">

MLK'S DREAM: NOT YET FULFILLED, STILL MORE WORK TO DO [Thoughts + Video]

Don't mean to come across sounding negative but on this 50th Anniversary of the 'I Have a Dream' speech, MLK would probably be disappointed if he was still alive (God Rest His Soul). Some say his 'Dream' came true, because a 'Black' president is in office but these people are smoking some serious crack. (Have they already forgotten the Trayvon Martin case?!?!)

There's still SO MUCH BLATANT RACISM and DISCRIMINATION (not to mention RACIAL PROFILING) still Rampant in America, it's like a Disease. Not to mention, the 'Black Man' is more enslaved now than before. Rich maybe materially, but where is the Faith, the Spirituality, the God-fearing LOVE & Oneness that Martin Luther King's dream was all about?! And MLK's Dream wasn't just for 'African-Americans' only, it was for ALL.

Anyways, not going to overlook the progress for civil rights that have been made since that fateful day 50 years ago, but the struggle and the fight must still go on. King's legacy and Spirit of Peace are something we shouldn't remember just once or twice a year, it must happen every day.

On that note, Peace, Respect and always in ALL ways...
MAXIMUM BLESSINGZ

MILEY VS. SYRIA: THE WAR ON YOUR MIND [Thoughts]

MTV's Video Music Awards went down last weekend and the media mind-numbing machine as well as the web are all busy buzzing about the former child-star Disney-product all-grown-up Miley's "outrageous" performance. Like there's absolutely NOTHING more important for our attention than to focus on trailer park trash twerking and bringing women back 100 years.
The fact that I'm writing this blog about it is actually annoying as fuck but it's to make a point.

While all this is happening, in the background, wars rage on, psychological wars on our mind, to direct our attention and focus away from what's actually RELEVANT and IMPORTANT. For example, the invasion of privacy and spying on citizen of the NSA. Not to mention sentencing Chelsea (Bradley) Manning to jail. Oh, and they're getting ready to gear up for war in Syria. Fucked up shit is happening yet, let's all just party our asses off and not care about loosing our freedom and rights, while sending drones to kill innocent civilians in other nations.

PEACE. The world needs LOVE. It needs awakened people who KNOW they can make a difference. Moreso, it needs people who don't allow themselves to get BRAINWASHED by all the media-hype and gossip and propaganda.

Honestly, who the fuck cares about Miley, if her MK-Ultra Programming is making her turn into a hoe like every other child-star or female singer. We need real WOMEN to stand up, speak up and SET A POSITIVE ROLE MODEL to the young girls so they don't fall for this crap they see on tv. Bullshit will be around till we, the people, stop taking it!

Syria, its people, its innocent children, DESERVE and NEED our attention more than a white girl twerking and making a fool out of herself in front of the world. I send Miley Cyrus prayers, heal her from the trauma of growing up into fame (which is a hell of a drug, that has fucked up so many people who don't know when and where to draw the line).

Just needed to get that off my chest. There, I feel much better now. Know what matters, and what's just distraction. Know how to not let your attention of what is important not get side-tracked by the social media buzz.

On that note, Peace, Much Love and always in ALL wayz.....

ROSEANNE BARR SPEAKS OUT ABOUT MK-ULTRA IN HOLLYWOOD [Video]

For more info, read this article:

THIS 6 MINUTES SILENT VIDEO WILL BLOW YOUR MIND AWAY [Video]

LESS-ON - I SEE IT ALL [MusicVideo]

Email ThisBlogThis!Share to TwitterShare to FacebookShare to Pinterest
Tags: Less-on

We can all sit and point out what's wrong with the world, it would never end. What's more important, what is CRUCIAL and VITAL at this point in time is doing something, ANYTHING constructive and progressive to fix it.

It starts from within, it's making better choices, it's living by example, it's rising above hate and making a positive impact in the world. Any gesture, big or small, will make a difference. Believe that.

MONA - THAT WAS YOU [MusicVideo]

CAUTION: THIS MUSIC VIDEO CONTAINS VERY GRAPHIC IMAGES, SOME MAY NOT BE ABLE TO HANDLE IT. VIEWER DISCRETION IS STRONGLY ADVISED.

NOT EVERYTHING IS A CONSPIRACY [Thoughts Of The Moment]

Not everything that happens is part of a conspiracy. It's true that there's a LOT of shit going on that most people are completely unaware about but some of it is just part of the natural order of the Universe.

Trying to make sense of EVERYTHING that's going will end up making you go nuts. Trust me, I went down that road, did a U-Turn and learned to just keep Faith in God and keep contributing my share of good in the world.

The world needs more Light, more people of awareness spreading wisdom and knowledge, hopefully, more and more souls will Wake Up. All we can do is do our part, keep Faith, pray for the best and let God handle the rest.

Peace, Much Love
and always in ALL ways...
MAXIMUM BLESSINGZ

HAPPINESS [Thoughts of the moment]

Happiness is just a state of being. Sometimes we get so caught up in life, we loose sight of that. I struggle and strive every blessed day to not loose my Self or my happiness and get lost in this world. I thank God for Keeping me strong, His Faith in me grows my love in Him.

It's Not a Diss, it's a CHALLENGE. I'm happy K-Dot said what he said on the 'Control' track, I missed the competition and rivalry in the hip-hop game, it's about TIME. Good to see some REAL Hip-Hop lyricists Square-off. This is my fav response so far.

Pharmaceutical Corporations don't want to cure diseases or heal people holistically naturally, they want drugged up dependent 'addicted' consumers. It's a business, the end-goal is PROFIT.

Ignorance: I know nothing yet I know a lot!

Wisdom: I know a lot yet I still know nothing. 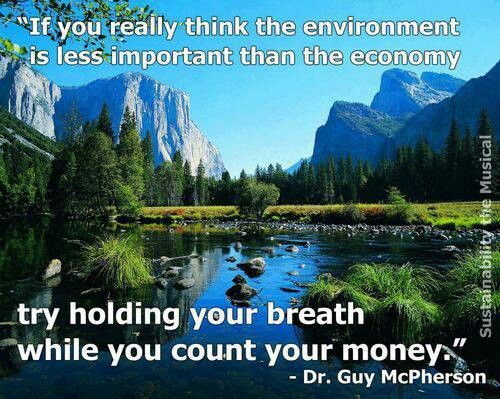 THE DESENSITIZATION OF THE NEXT GENERATION [Blog]

Thing is, unless we as adults give them a better example, than honestly, how will the next generation know any better?! I'm sure our parents and grandparents probably thought and felt the same thing when we were growing up. There's nothing wrong with self-expression and finding who you are. I know it's not an easy process for kids and teens to find themselves, especially in a world that's constantly telling them to be blind followers, to accept the status quo, to strive to be cool so they can fit in, luring them with increasingly over-sexualized and violent images everywhere, and pumping their minds full of toxic illusions of how they're supposed to be.

The desensitization of the next generation is happening right before our very eyes, and if you don't see it, man o' man, I don't know what else to say other than WAKE THE FUCK UP. --Pardon my harsh tone, but I feel strongly about this topic. Anyways, with that being said, maybe we should all take a moment and reflect on what we're doing to contribute to the youth who will be the future of humanity. What, through our actions or lack thereof, are we telling them, what are the messages we're sending them? Are we enabling another generation of "sheeples" or are we awakening them to become Pioneers who'll shape a better world for their kids.

We're all in this together, nobody's perfect, I'm not, I just see things coming and I hope that what I write shakes people's spirit up and empowers them to do something positive in the world.

Much Love and always in ALL ways...
MAXIMUM BLESSINGZ.

THE MOST HONEST THREE MINUTES IN TELEVISION HISTORY [Video]

WE ARE LEGION: THE STORY OF THE HACKTIVISTS [Documentary]

Just watched this, really good doc about the internet 'phenomenon' known as Anonymous, which morphed into a global revolution against the elites a.k.a the powers the be. I liked it so I'm posting it up here. Enjoy!

I watched this 1992 non-verbal film last night, and my mind was blown away. The sight and sounds in Baraka are phenomenal, seriously, no joke, this is an incredible work of art. There might not be any words spoken in the entire movie, but wow, does it say a lot.

I won't say much besides that it's totally worth watching it if you're a fan of breathtaking visuals and spiritually-stimulating sounds.

There are MANY incredible ways to contribute to the world in a positive way, we all just have to find our own unique creative talent and put it to good use for the greater good of all.

Meet Ron Finley, a.k.a. the "Guerrila Gardener". He makes a positive difference in his community through Gardening, his story is amazing. Please watch and share. #GuerrillaGardener #Gardening #RonFinley #RealTalk #BLESS