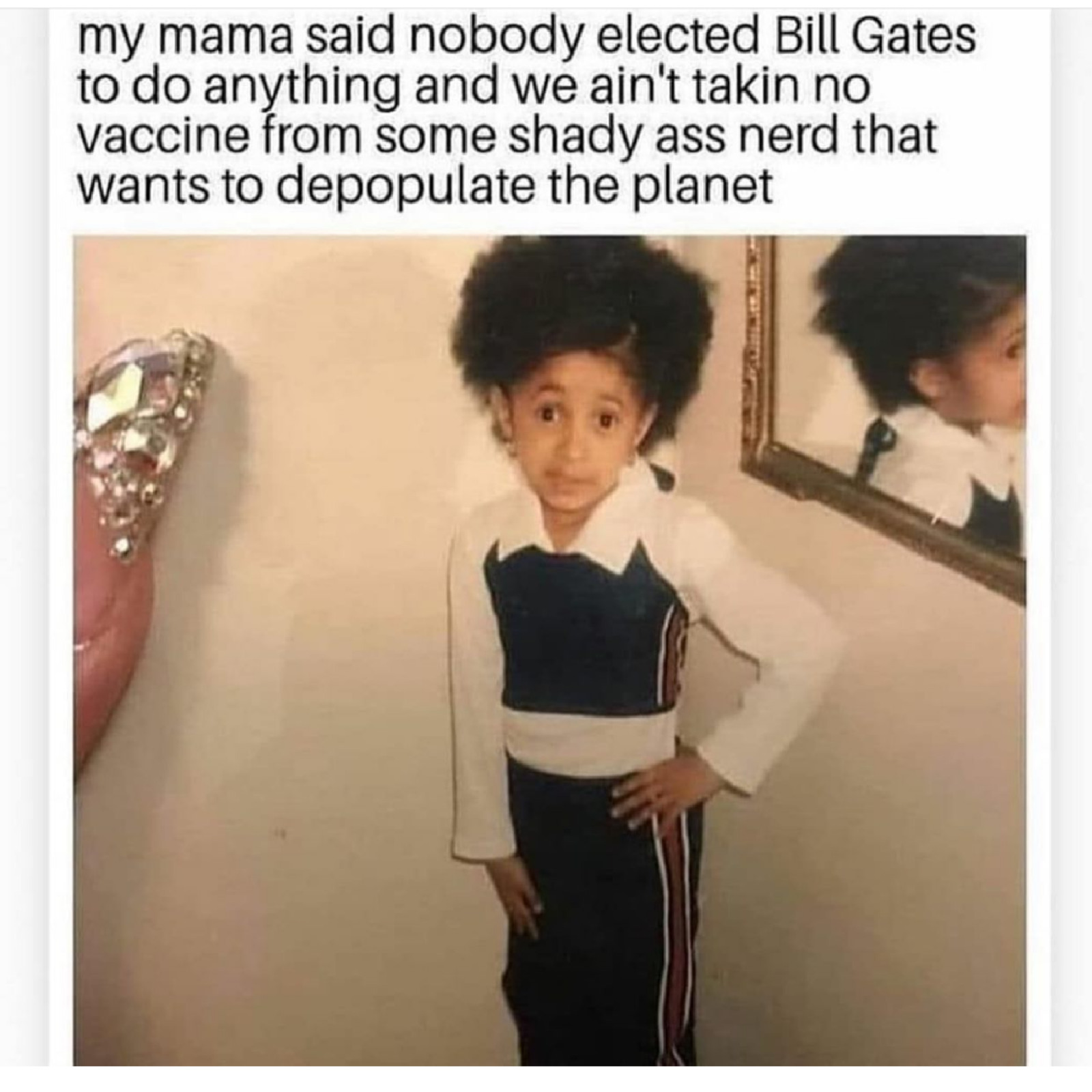 Bill Gates is a sick twisted S.O.B., he's hellbent on vaccinating the entire world. Why? Because HE DIRECTLY PROFITS FROM IT, there's absolutely NOTHING humanitarian about his cause or his endeavors or his & his wife's so-called foundation (it's just a front to bribe health officials and organizations). He's a Eugenicist and has stated multiple times his desire for global depopulation. What a total power-tripping psycho.

Anyone who praises him as some kind of 'Genius' (like Ellen DeGeneres did few weeks ago on her show) is complicit in Gates' crimes against humanity and they should ALL GET LOCKED UP!